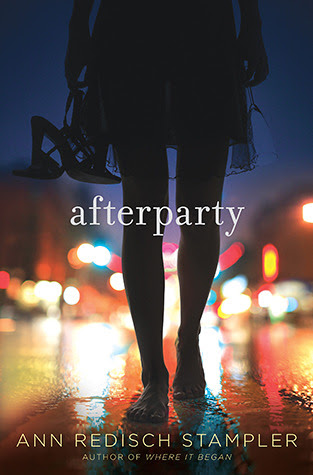 Emma is tired of being good. Always the dutiful daughter to an overprotective father, she is the antithesis of her mother -- whose name her dad won't even say out loud. That's why meeting Siobhan is the best thing that ever happened to her...and the most dangerous. Because Siobhan is fun and alluring and experienced and lives on the edge. In other words, she's everything Emma is not.
And it may be more than Emma can handle.      Because as intoxicating as her secret life may be, when Emma begins to make her own decisions, Siobhan starts to unravel. It's more than just Dylan, the boy who comes between them. Their high-stakes pacts are spinning out of control. Elaborate lies become second nature. Loyalties and boundaries are blurred. And it all comes to a head at the infamous Afterparty, where debauchery rages and an intense, inescapable confrontation ends in a plummet from the rooftop...
This explosive, sexy, and harrowing follow-up to Ann Redisch Stampler's spectacular teen debut, Where It Began, reveals how those who know us best can hurt us most.

Why I'm Waiting: This sounds like something right up my alley. I love contemps with a bigger issue and this sounds like one of epic proportions from the line:  "inescapable confrontation ends in a plummet from the rooftop... " That's all I needed to see when I decided I wanted to read this. Plus, let's be honest, that cover is AMAZING.

Will you be waiting for this?
What are you waiting on this week?