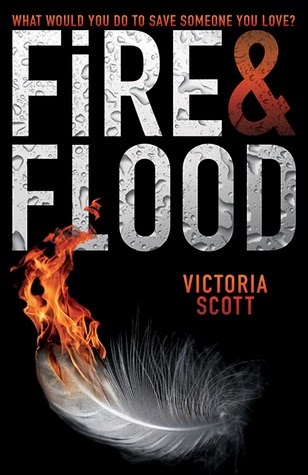 A modern day thrill ride, where a teen girl and her animal companion must participate in a breathtaking race to save her brother's life—and her own.
Tella Holloway is losing it. Her brother is sick, and when a dozen doctors can't determine what's wrong, her parents decide to move to Montana for the fresh air. She's lost her friends, her parents are driving her crazy, her brother is dying—and she's helpless to change anything.
Until she receives mysterious instructions on how to become a Contender in the Brimstone Bleed. It's an epic race across jungle, desert, ocean, and mountain that could win her the prize she desperately desires: the Cure for her brother's illness. But all the Contenders are after the Cure for people they love, and there's no guarantee that Tella (or any of them) will survive the race.
The jungle is terrifying, the clock is ticking, and Tella knows she can't trust the allies she makes. And one big question emerges: Why have so many fallen sick in the first place?

This is irregular for me. I finished the book and still don't exactly know how I feel about it. On one hand I really liked it. On the other, I was a little disappointed. But overall, it was still pretty enjoyable.

"'It's a scene right out of a friggin Disney movie. Minus the green slime."
pg 71 (ARC)

Ok, let's start with the bad news first. I really didn't like the MC. She was a girlie girl in the middle of a battle. Although I thought that would change her to bad ass in the end, she was still the same chick in the end. That irked me only because there were times that she was in so much actual danger, and she still didn't want to harm that person or thing. I just thought that her wanting to keep her life would mean more to her than keeping other people safe.... I also didn't like how similar this was to The Hunger Games. There's no way to NOT think of that book when you read this. I think if I hadn't read and loved it, I would've fallen in love with this book, but I just couldn't stop thinking of that series.

"'I have this strange half fear, half fascination going on with this guy. Like I'm not sire I want to watch the sun set together, or sleep with one eye open."
pg 108 (ARC)

But with that being said, it still wasn't bad. There were still things I really liked. For instance the writing style. This is actually my first book by Scott and I really enjoyed it. I've met her twice now and I kid you not, she talks just the way she writes lol Some things Tella said I could picture her saying it. It was pretty cool. It shows how much of her voice she actually puts into her MC. I also liked her imagery. The lion with the fire and the fox thing was super cool. And with er descriptions I was a little confused about them, but I could make up my own picture of what I thought about they looked like. I also liked the world building, The jungle and desert are both landscapes that you can make as lush or as barren as you want and Scott definitely did that.

"'Maybe he doesn't need sleep like the rest of us do. Maybe he really is a machine. I'd like to cut him. Just a little bit. Just to see if he bleeds. Then I'd like t kiss the spot and take the hurt away."
pg. 211 (ARC)

In short, there were a lot of cool things about this book, but it wasn't enough of them to make this a five star for me. I liked it enough to continue the series, but it didn't exactly stand out to me.
Overall, I give this